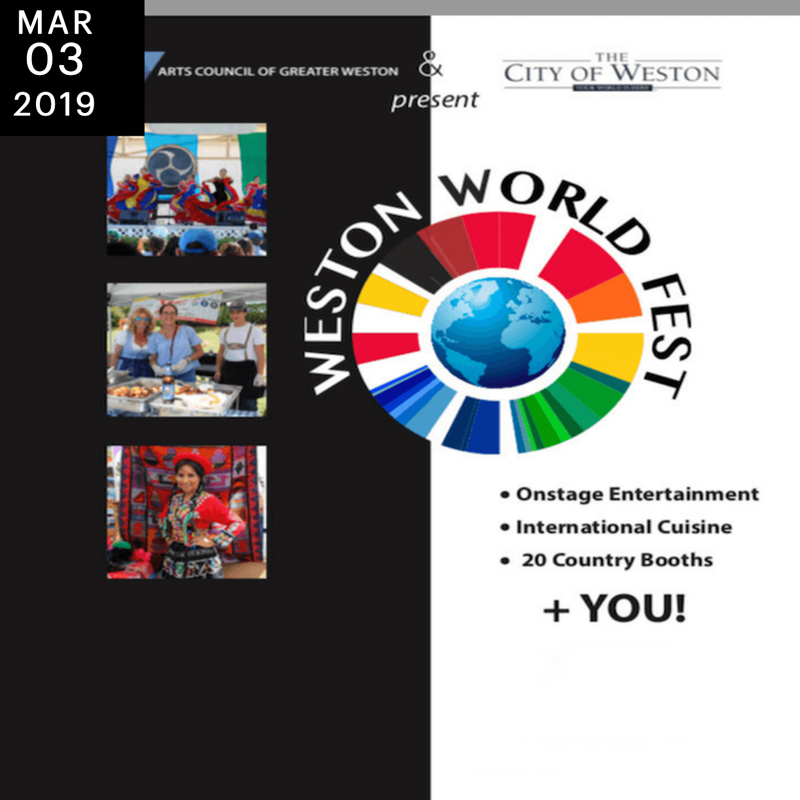 Brazilian Voices was happy to perform and share music and culture during this amazing, relaxed and free performance at Weston Regional Park.

Celebrating 10 years of “From Brazil to the World” – awesome season kickoff with 2 concerts at Ronald W. Reagan Doral Senior High School. Thank you NEA for funding this project! Thank you Mayor Juan Carlos Bermudez, Deputy Consul Lucas Chalella for opening remarks. Our heartfelt appreciation for Professor Beatriz A. Cariello – your passion for culture and education inspired all of us!

Continue ReadingCelebrating 10 years of “From Brazil to the World” 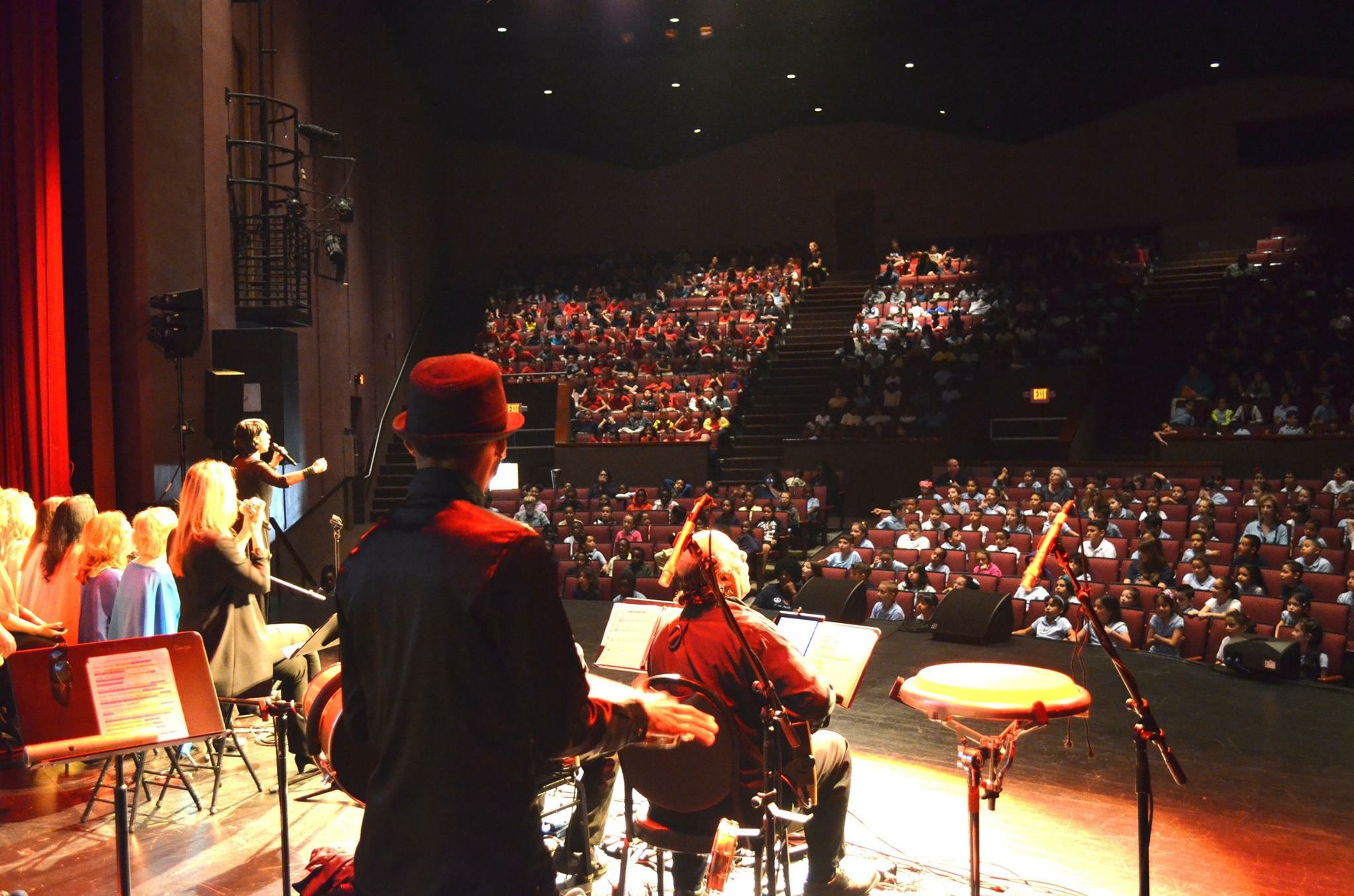 Continue ReadingFrom Brazil to the World at Joseph Caleb 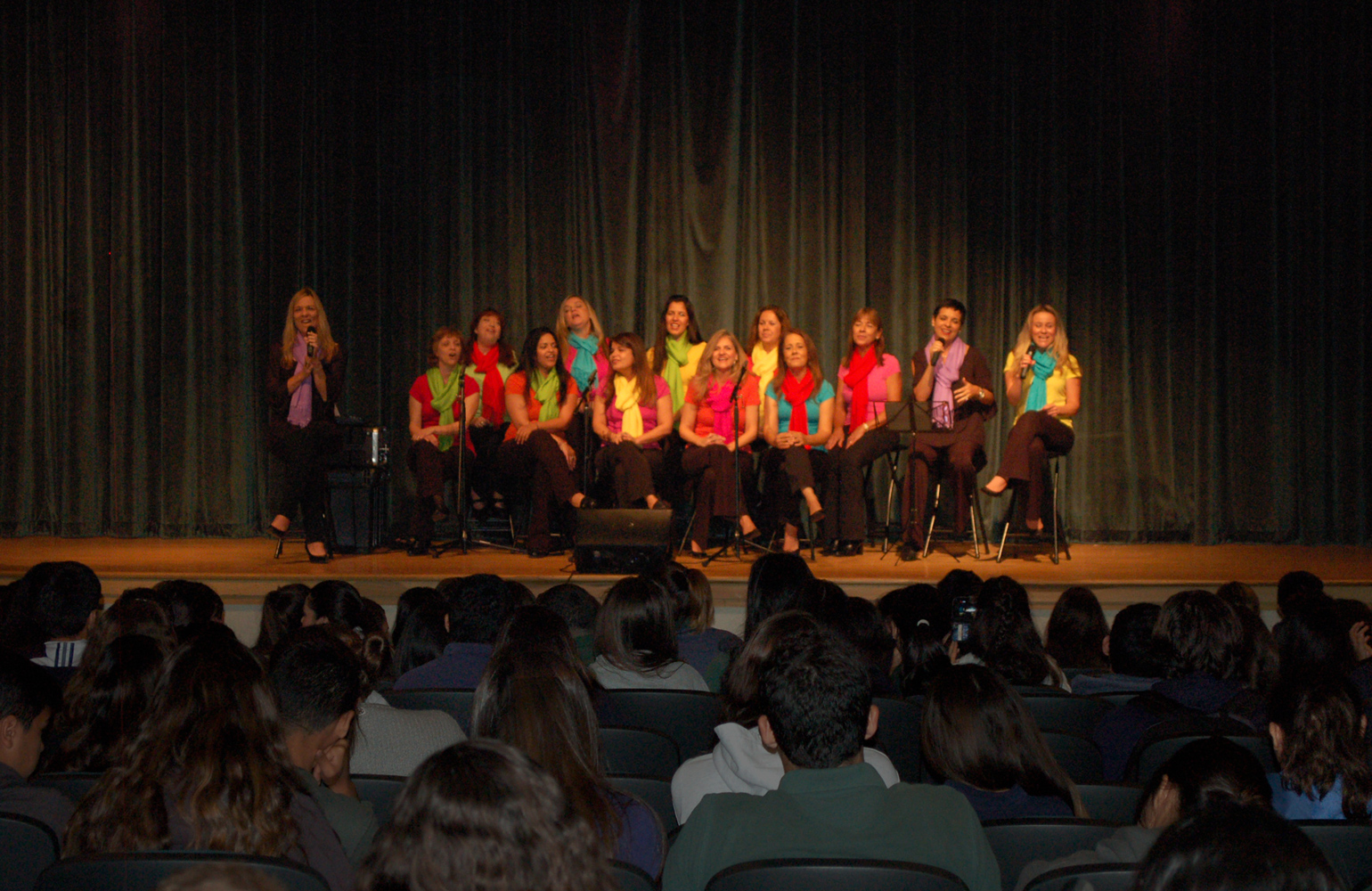 On March 17, 2015, at 9:00 am, Brazilian Voices had the privilege of presenting its Culture and Education Program “A Little Bit About Brazil” at the Ronald Reagan Doral Senior High School. The program, which is a compact version of the acclaimed “From Brazil to the World”, has already been presented with great success in small venues, such as other schools and museums.

Students from Mrs. Beatriz Cariello’s Portuguese class were among the selected group of 500 who attended the performance at the school auditorium. The audience embarked with great enthusiasm on the interactive journey through Brazilian rhythms, music and culture. Participants learned basic facts about Brazilian culture while being exposed to a variety of styles such as Forró, Baião, Brazilian jazz or Bossa Nova, Samba, and Rock. The students joined Brazilian Voices by singing a widely recognized song and by performing a “batucada de boca”, a vocal percussion samba experiment. 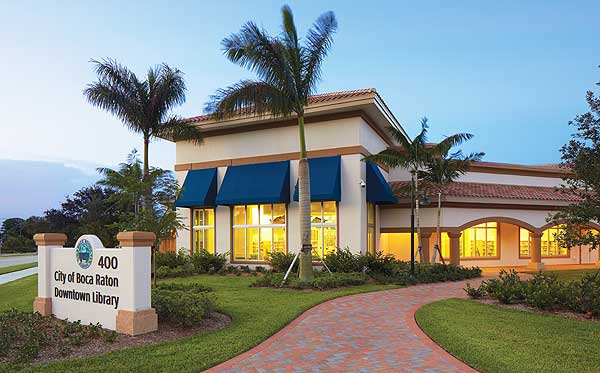 Brazilian Voices celebrates the Independence of Brazil and South Florida’s cultural diversity. On Sunday, September 7 at 3:00 pm Brazilian Voices had the pleasure to perform for the Friends of the Boca Raton Library, during one of its scheduled events for the Sunday Matinee Music Series.

The Sunday Matinee Music Series events and concerts are sponsored by the Friends of the Boca Raton Library, a volunteer not-for-profit organization dedicated to making public libraries an important part of the cultural core of Boca Raton. This particular event was part of a celebration of the Independence of Brazil and a recognition of South Florida’s cultural diversity. Over one hundred and fifty guests came to the Boca Raton Downtown Library to join this celebration and experience a little bit of Brazilian music and culture. The audience was delighted by the carefully selected repertoire of classic Bossa-Nova and Brazilian Jazz performed by this acclaimed vocal group composed of female voices and the response was truly inspiring. 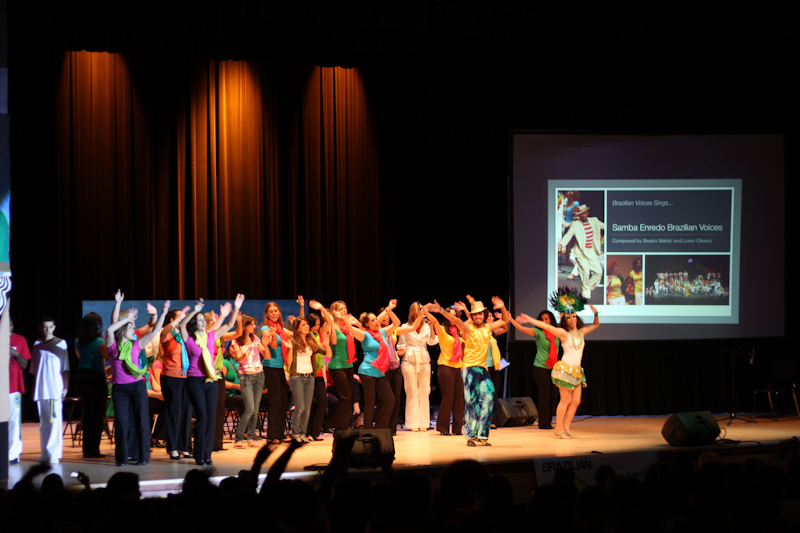 On Monday, December 9th, 2013, at the Broward Center for the Performing Arts, Brazilian Voices delivered its latest edition of the educational program From Brazil to the World. This interactive event about Brazilian culture, music, rhythms and dance was made possible through Brazilian Voices partnership with the Broward Center for the Performing Arts and the support of Professional Dancers Andréa and Fábio Barros, Percussionists from Samba RJ and students and instructors performers from Mangueira Capoeira. The program was presented in two one hour performances to a full house of enthusiastic Broward School students who interacted with performers showing true interest and appreciation.

Continue ReadingFrom Brazil to the World

In April the Broward Center partnered with BECON-TV to offer a distance learning workshop with cast members from the Broadway tour of The Color Purple to local Broward County students and students in Ghana, Africa. This year, they will expand their distance learning and work with Brazilian Voices on such an opportunity.

BECON-TV will tape the Brazilian Voices – Cultural and Educational Program: Afro-Brazil performance for school children on December 2nd at Broward Center for the Performing Arts. BECON-TV will tape an interview with some of the Afro-Brazil singers, directors and dancers later the same day, which will be broadcast to select classrooms. The interview will feature footage of the actual performance at the beginning of the segment or interspersed throughout. Brazilian Voices is happy to contribute in this program that will allowed children in Ghana to learn about African influence in Brazil.

No more pages to load